Posted by Komal Gandhi at 9:32 AM No comments: 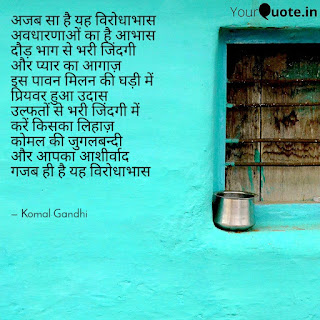 Posted by Komal Gandhi at 9:24 AM No comments:

Hello friends,
My blog post is about to final report on Womaniya event. ;)


Womaniya Outline:
The growing access of the web in the late 21th century, has allowed women to empower themselves by using various tools on the Internet. With the introduction of the World Wide Web, women have begun to use social networking sites like Facebook and Twitter to start online activism. Through online activism, women are able to empower themselves by organizing campaigns and voicing their opinions for equality rights without feeling oppressed by members of society. 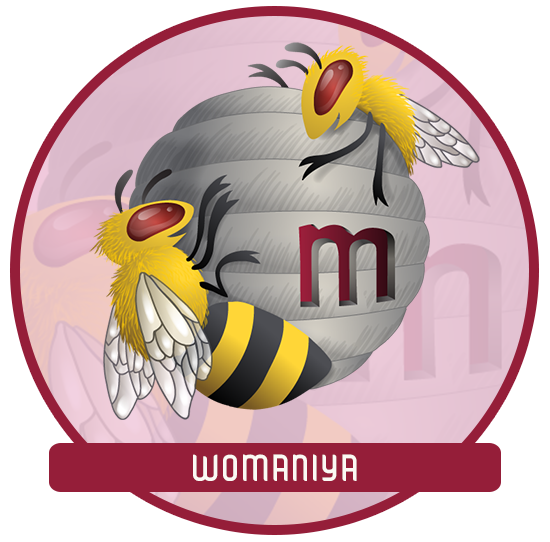 Womaniya has been the first ever WoMoz event for launching, introducing and creating awareness about the program within the Bhopal community as well as we will identify the challenges facing women in technology and ways to solve and increase the number of Women in technology and open source. 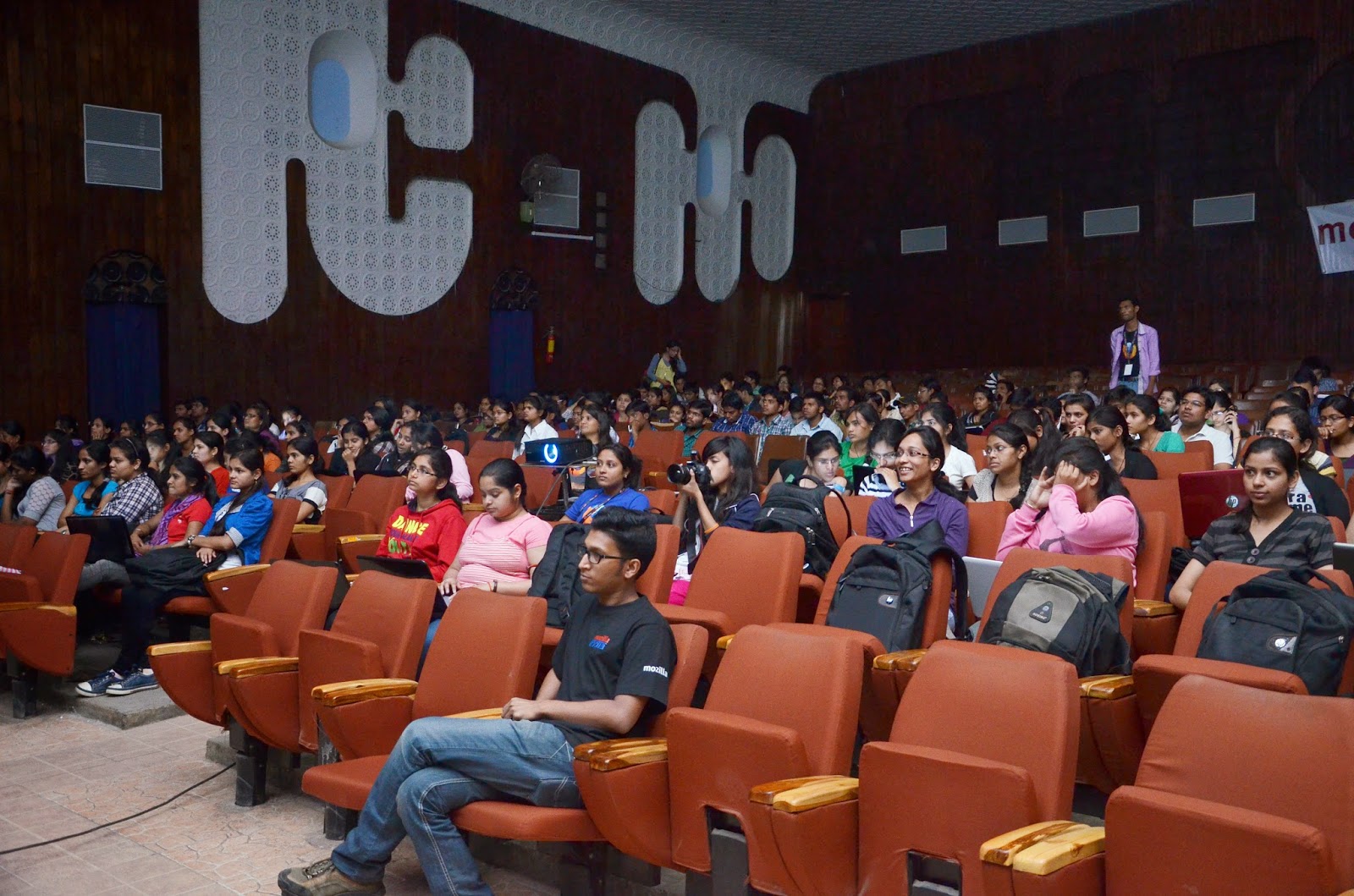 WoMoz – Women + Mozilla: - Mozilla is a global community of technologists, thinkers and builders working together to keep the Internet alive and accessible.
WoMoz is a community composed of members from different Open Source projects. We are mainly dedicated to improving women's visibility and involvement in Free/Open Source and Mozilla, and to increase the number of women contributors in technology.
The seminar aimed to provide technical knowledge for woman empowerment and the whole program would help in developing a better understanding regarding the tools and technology used nowadays. 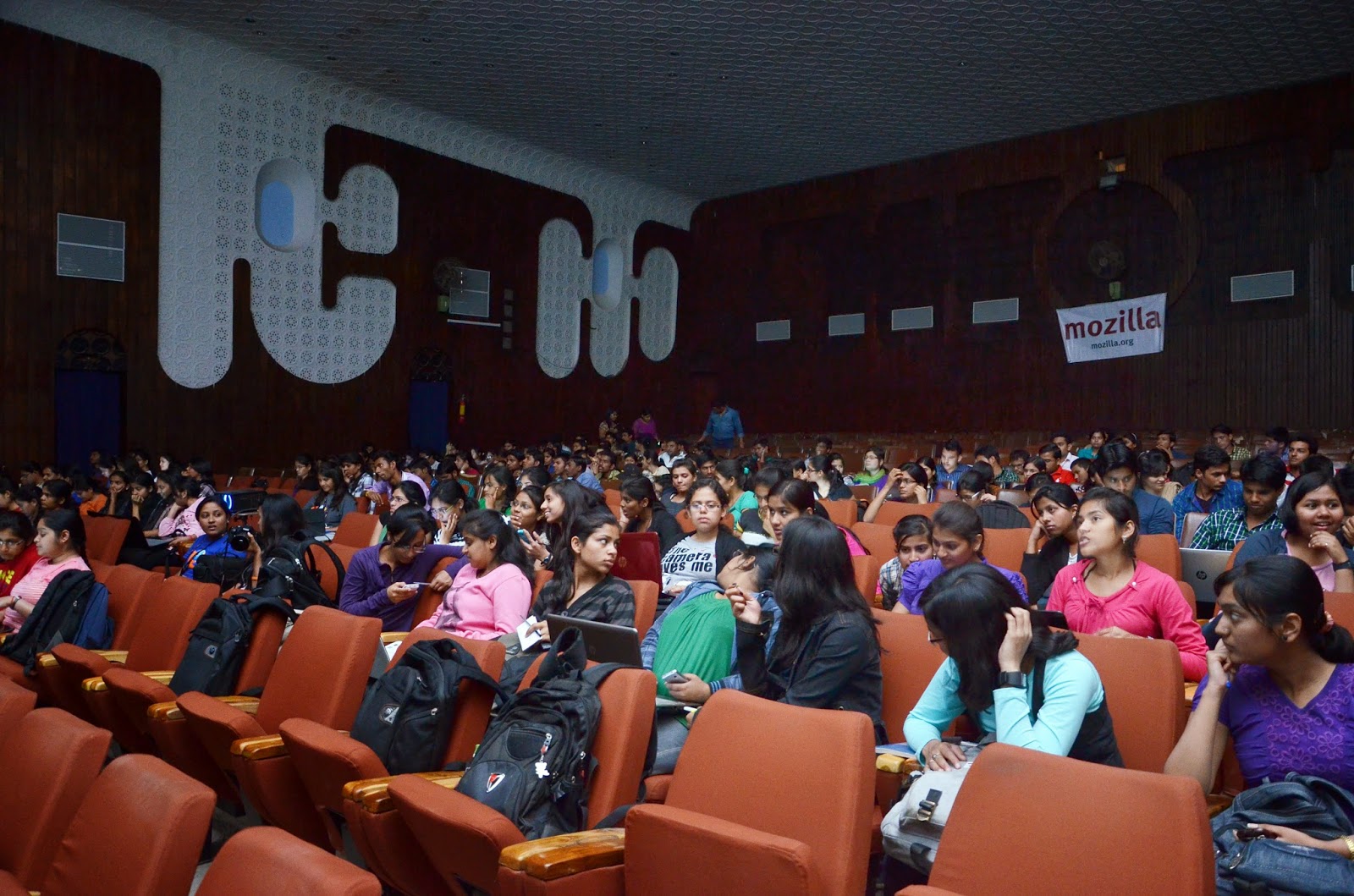 On 8th March Womaniya started at 10:00 am, the first half dedicated to the Bhopal police department. They have covered Demo on Self Defense, Presentation on Cybercrime, Mahila Help line.

Additional Director General of Police Pawan Jain informed that the knowledge was the primary tool of empowerment and in the current scenario technical knowledge had become important for everyone. 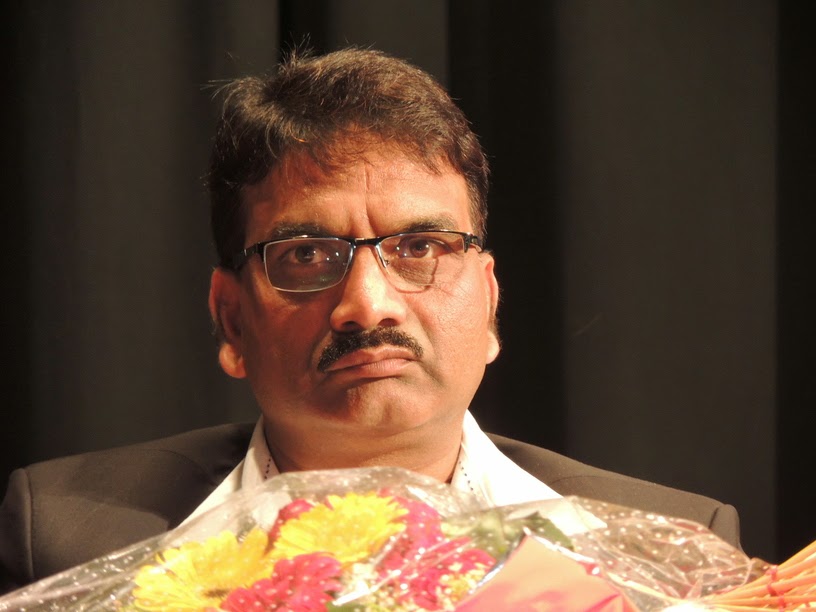 Mozilla’s technical sessions were started from Second half.
We have covered “Introduction to Mozilla and its Products”, “Introduction to WoMoz and Womaniya ”,“ LightBeam ”,“ Quiz and Fun Activities”.

All students enjoyed and even they raised their hands and ask their questions and queries related to mission of Mozilla, and browser tracking – light-beam.
Well, after having an awesome time on the first day we were prepared to make it more awesome for the second day. 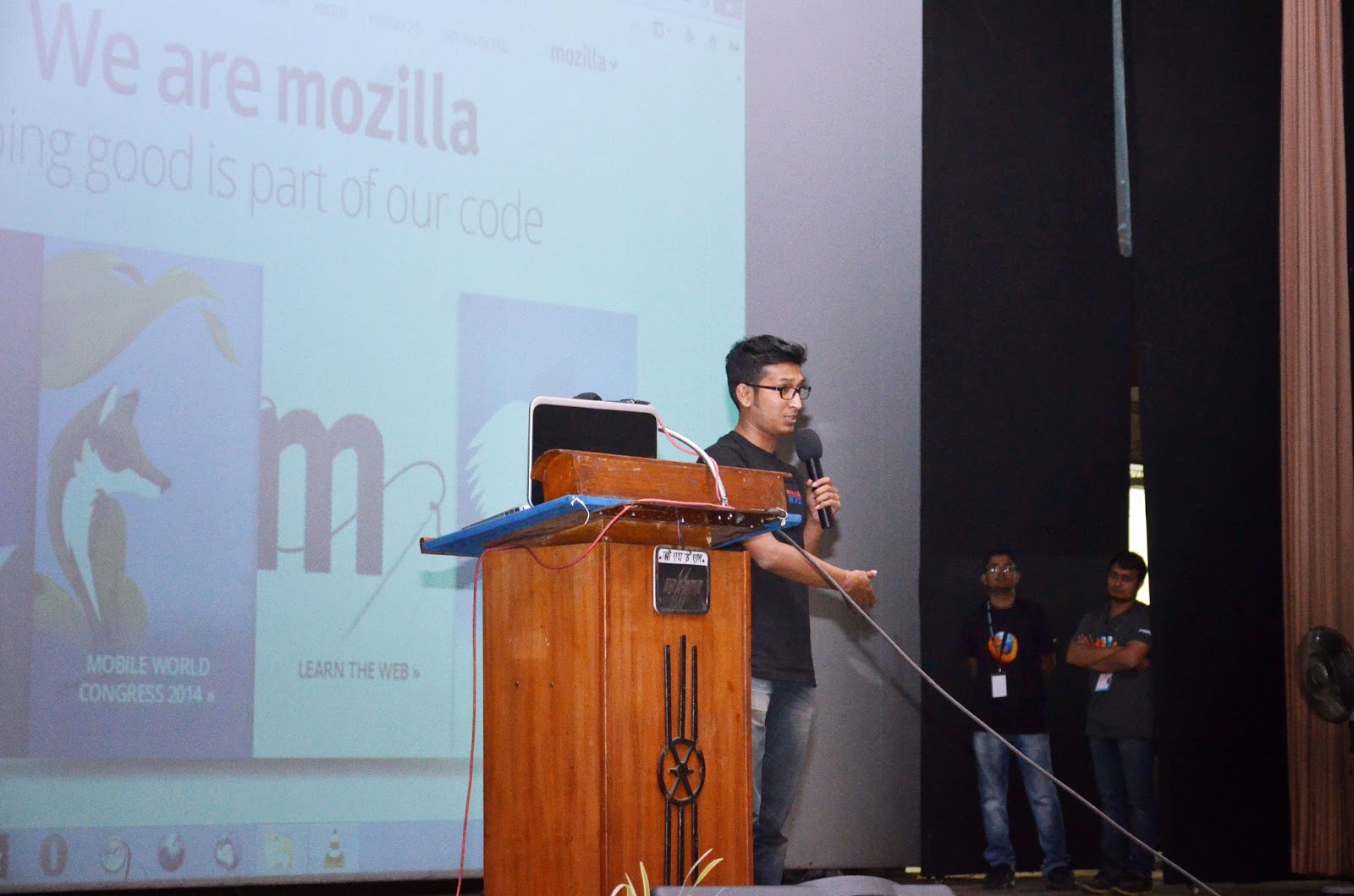 On the second day we started 3 simultaneous sessions in the auditorium.
Webmaker Session by Sumantro Rijandal mukhargee
Dev Tools by Soumya Deb
Firefox Student Ambassador by Umesh Agarwal.
Then, Faisal Aziz started their session on Localization after that Jafar Muhammed took his session on HTML5, HTML5 crimes and RWD – Responsive Web Designing, I was facilitator there. 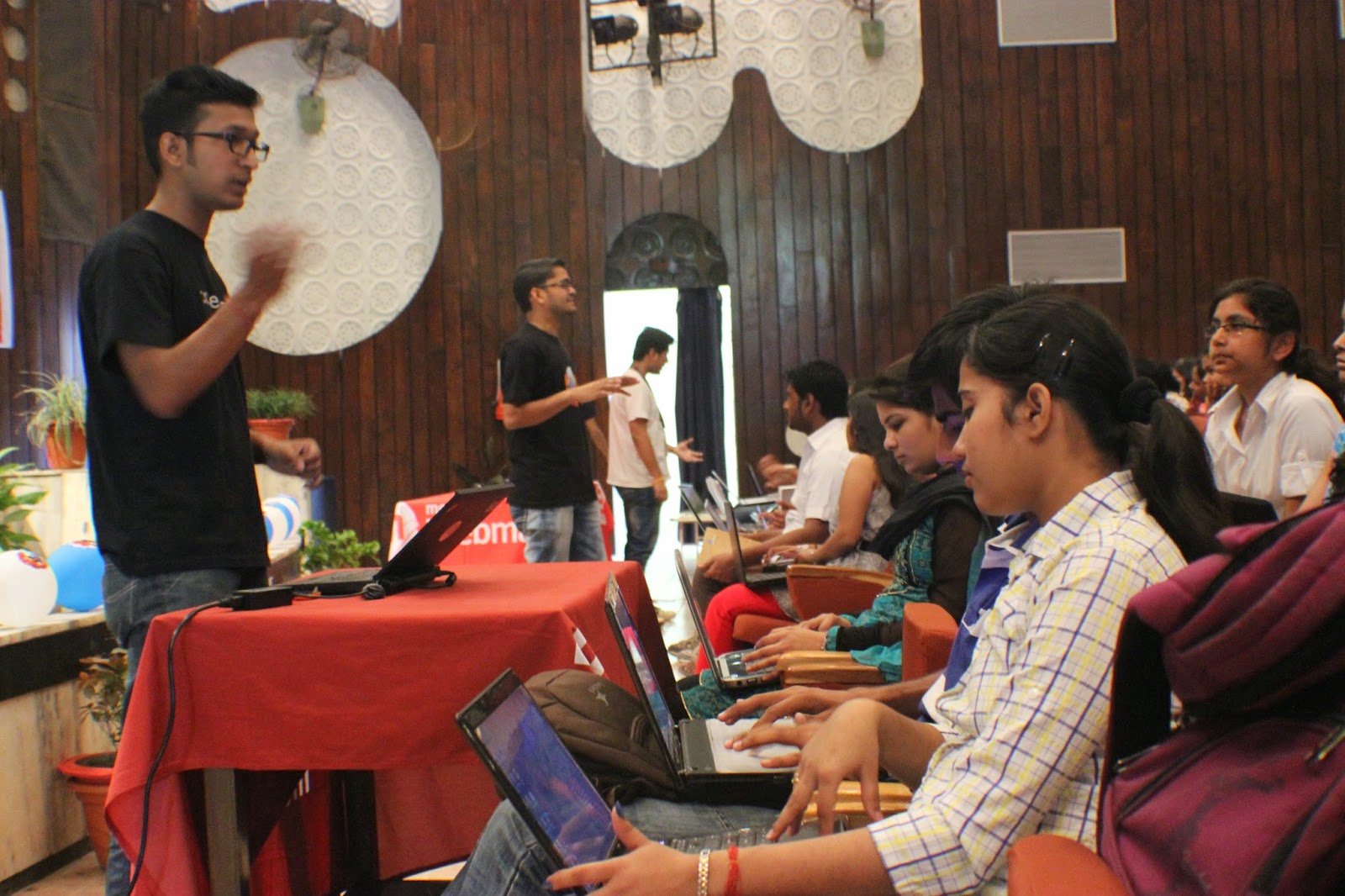 Posted by Komal Gandhi at 10:50 AM No comments:


Today I am going to tell you: How Womaniya Gets Sponsored by State Police.
First, I would like to share you about Womaniya Concept:
What Womaniya is:
Womaniya is the event of 'Mozilla Community Bhopal', It is Specially for Women Developers to promote 'WoMoz' program in India.
This is the first ever WoMoz event for launching, introducing and creating awareness about the program within the Bhopal community as well as we will identify the challenges facing women in technology and ways to solve and increase the number of Women in technology and open source.

We were searching venue for our event with 1000 audience capacity. But, some of the venues are already booked in the city because it’s time for ‘International Women’s Day’ they are booked for some functions related to Girls Empowerment.
In the meantime, I have met an IPS Officer. I have shared with him about my Womaniya plan. I explained about Mozilla – It is a Non-profit organization and struggle for Open web and open source; also I explained to him what the open web is and why we have to protect it. And I explained the WoMoz program and convinced him to try to helping us to provide any resources.
He liked the whole concept very much and then he introduced me to city DIG - Additional Commissioner of Police, Bhopal. I explained him my event theme and concept, He really amazed that our students are doing this type of work apart from our study, for a common goal/mission and we’re planning for a big event with theme of women’s in Technology. He wondered, after knowing about Mozilla, and Mozilla Communities working way/concept. He really impressed with the event concept and theme. He gave me his contact number and He expressed his interest to meet with all rest of the community members. So, I invited him for our community Meetup.

In the Meetup I shared our event venue problem that we are searching a good venue for the Womaniya event with him and he said that he really impressed that all students are passionate working with their zeal, and everyone is an expert in the technology. He said, he will try to all possible help to get a venue.
Also, he discussed with us that Bhopal (City) Police will launch a public security system against violence and crime soon with highly secure technology as foreign lines. How they will work so fast? Same as they are implementing the complete setup. They advanced invited us to explore that system work technology and find bugs, there for State government, as we’re finding bugs in Mozilla Firefox browsers.. ;)
Then, on 28th January He invited me to his office to discuss about sponsor our event. He Told me that he will sponsor me a good venue by the Madhya Pradesh Police (State Police Department) with 1000 audience capacity. I agree with that because, we were searching a good venue, but couldn’t find a good one. He called to police marketing dept. and asked to book BHEL Auditorium immediately.

About BHEL: ‘Bharat Heavy Electricals Limited’ owned by the Government of India, is a power plant equipment manufacturer and operates as an engineering and manufacturing company based in New Delhi, India.

Now, State police is sponsoring only Venue for Mozilla Community Bhopal’s event – ‘Womaniya’ with the cost of 50,000/- Rs.
So, this is the story How Madhya Pradesh Police (State Police) Involved with us.
We’re inviting, Mr. Umashankar Gupta -  Higher Education Minister, Mrs. Krishna Gaur - Mayor, Bhopal and Mr. Pavan Jain IPS -  Commissioner of Police (State) as our chief guest at the event.
Also, we’re having some extra Demo sessions on self-defense for girls, and cybercrime.
---------------------
Everything is going as per plan; we started our promotion by 20th February 2014 for Womaniya.
Hope we will rock with ‘Womaniya‘ 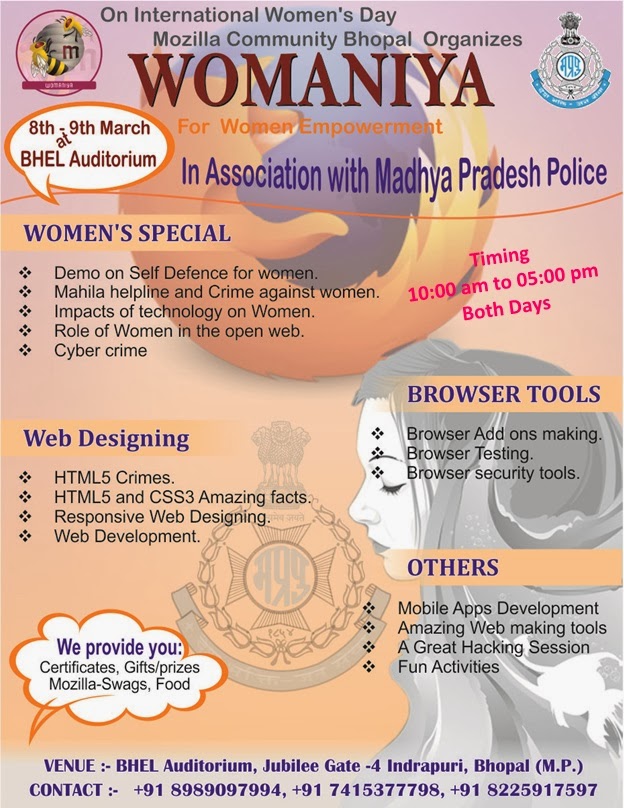 My Journey About Womaniya

As we know, Community Bhopal going to organize WoManiya Event in the ‘city of Lake’ - Bhopal. This event is basically to promote Womoz program in the city and get more women developer in Mozilla and open source.


Before to going to tell you more about this event, I would like to share you the story of ‘WoManiya’.
This time was Gnuify’13 – ‘Mozilla community India Meetup’ in SICSR College Pune where I invent this name – ‘WoManiya’…. we were discussing about future big event in India on this Mopad .  Soumya Deb was standing there near to board and note down the details about events, I was discussing with Ashish Namdev sir, about Bhopal’s upcoming events. Sara Khan dii Suggested me organize a Women specific event to promote Womoz program in Bhopal. Suddenly this Name clicked in my mind - ‘WoManiya’.  I had raised my name and share this name to other Mozillians, this name is quite funny.
We have a Bollywood song also with this name- ‘WoManiya’ Lyrics are: - Oh Womaniya, ahh Womaniya. : P :)

So, First I decided to organize this event in March 2013. But in that time we do not have strong community in Bhopal, then I decided to build a strong community first then I will plan for Womaniya. I have organized many events and meetups and recruited many students and make them aware about Mozilla’s Mission and open source.


Till December 2013 I had 21 active and enthusiastic Mozillians students. I did brainstorming meetups with all Mozillians. They started their contribution in Mozilla into different projects like AOA – Army of awesome, It is quite interesting and easy way of contributions; Blogging- Through this we can express ourselves and share our experiences about contributing in Mozilla or open source; Webmaker – It is another interesting project, generally students like to work on it.

So…
I shared with my community members to all about ‘WoManiya’ planning. Everyone got excited by this plan, and finally we decided to organize WoManiya event on 8th March International Women’s Day.
Coming soon : More about #WoManiya

Opensource and Mozilla Enthusiasts Meetup - I

This time I am here with Mozilla Bhopal Community Meetup story. This Meetup is really a great and awesome Meetup yet in all of the community meetups, because in this Meetup there were 21 attendees, they all are passionate, geeky peoples and much Interested to know more about Mozilla. It’s like a surprised thing for me, that community suddenly grows up. 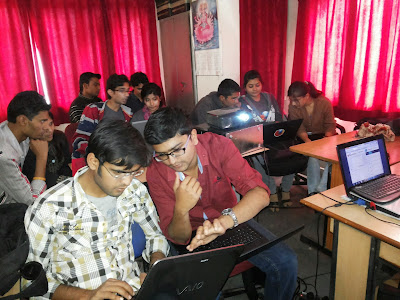 Check it out here:
https://etherpad.mozilla.org/remo-makerparty-and-mozilla-community-building-workshop

I have discussed to my dear mentor ‘William Duyck’ and took help from my friend and  mozillian ‘Jafar Muhammed’.

Basically, I have decided 4 metrics for this meetup. Let see how much I fulfilled them.

Success scenario #3 Those who attended the summit, will share their summit experiences and also what we learn from the summit.

Result: - Lack of timing we could not shared Summit experience.

It was NRI Mozillians group Bhopal, who won the Mozilla swag. 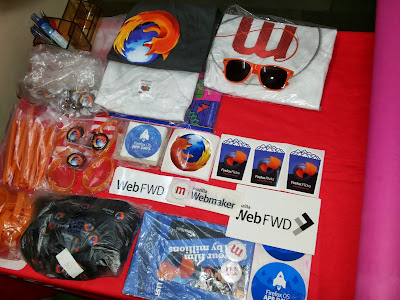 For poster designing, I had divided to attendees into 2 groups and gave them all required stationary and 1 hour to use their creativity. After 1 hour,
What I saw?.. :O
It was really amazing and superb!... 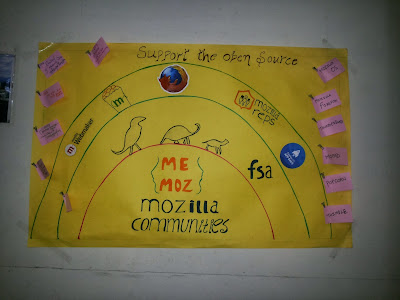 They guys did amazing creativity, 1 group made new Mozilla Community logo. Well, this contest became die because both are creations were awesome. ;) 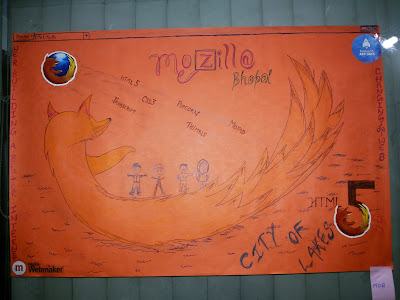 Finally, we inaugurated our Community Bhopal, with these 21 passionate and geeky guys to cut the cake. ;) It was yummy!... :P :P

I would like to say thanks to GGITM, SIRT and NRI Mozillians group to made this meetup successful and usher in community Bhopal.. 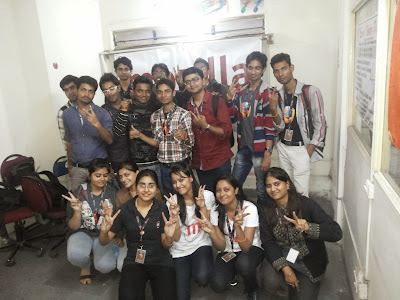